Saving lives for a lifetime: supporting orphans and vulnerable children impacted by HIV/AIDS

Written by Victoria Wilmarth on August 1, 2012. Posted in OVC and HIV/AIDS. Leave a Comment

Abstract: President’s Emergency Plan for AIDS Relief (PEPFAR’s) response to the millions of children impacted by HIV/AIDS was to designate 10% of its budget to securing their futures, making it the leading supporter of programs reaching orphan and vulnerable children (OVC) programs globally. This article describes the evolution of PEPFAR’s OVC response based on programmatic lessons learned and an evergrowing understanding of the impacts of HIV/AIDS. In launching this international emergency effort and transitioning it toward sustainable local systems, PEPFAR helped establish both the technical content and the central importance of care and support for OVC as a necessary complement to biomedical efforts to end the HIV/AIDS epidemic. Critical services are reaching millions of HIV-affected children and families through vast networks of community-based responders and strengthened national systems of care. But rapid program scale-up has at times resulted in inconsistent responses, failure to match resources to properly assessed needs, and a dearth of rigorous program evaluations. Key investments should continue to be directed toward more sustainable and effective responses. These include greater attention to children’s most significant developmental stages, a focus on building the resilience of families and communities, a proper balance of government and civil society investments, and more rigorous evaluation and research to ensure evidence-based programming. Even as HIV prevalence declines and medical treatment improves and expands, the impacts of HIV/AIDS on children, families, communities, economies, and societies will continue to accumulate for generations. Protecting the full potential of children—and thus of societies—requires sustained and strategic global investments aligned with experience and science.

Abstract: Given relatively high levels of adherence to HIV treatment in Africa, we explore factors facilitating children’s adherence, despite poverty, social disruption and limited health infrastructure. Using interviews with 25 nurses and 40 guardians in Zimbabwe, we develop our conceptualisation of an ‘adherence competent community’, showing how members of five networks (children, guardians, community members, health workers and NGOs) have taken advantage of the gradual public normalisation of HIV/AIDS and improved drug and service availability to construct new norms of solidarity with HIV and AIDS sufferers, recognition of HIV-infected children’s social worth, an ethic of care/assistance and a supporting atmosphere of enablement/empowerment.

Title:  Health of adults caring for orphaned children in an HIV-endemic community in South Africa

Abstract: Abstract In South Africa, an estimated 2.5 million children have been orphaned by AIDS and other causes of adult mortality. Although there is a growing body of research on the well-being of South African orphaned children, few research studies have examined the health of adult individuals caring for children in HIV-endemic communities. The cross-sectional survey assessed prevalence of general health and functioning (based on Short-Form 36 version 2 scale), depression (based on Center for Epidemiologic Studies-Depression scale), anxiety (using Kessler-10 scale), and post-traumatic stress (using the Harvard Trauma Questionnaire) among a representative community sample of adults caring for children in Umlazi Township, an HIV-endemic community in South Africa. Of 1599 respondents, 33% (n=530) were carers of orphaned children. Results showed that, overall, carers reported poor general health and functioning and elevated levels of depression, anxiety, and post-traumatic stress. Carers of orphaned children reported significantly poorer general health and functioning and higher rates of depression and post-traumatic stress compared with carers of non-orphaned children. In multivariate analyses, orphan carer and non-orphan carer differences in general health were accounted for by age, gender, education, economic assets, and source of income, but differences in depression were independent of these cofactors. Interventions are needed to address physical and mental health of carers in general. Greater health problems among orphan carers appeared to be fully explained by socioeconomic characteristics, which offer opportunities for targeting of programs. More research is needed to understand determinants of mental health disparities among orphan carers, which were not explained by socioeconomic characteristics. 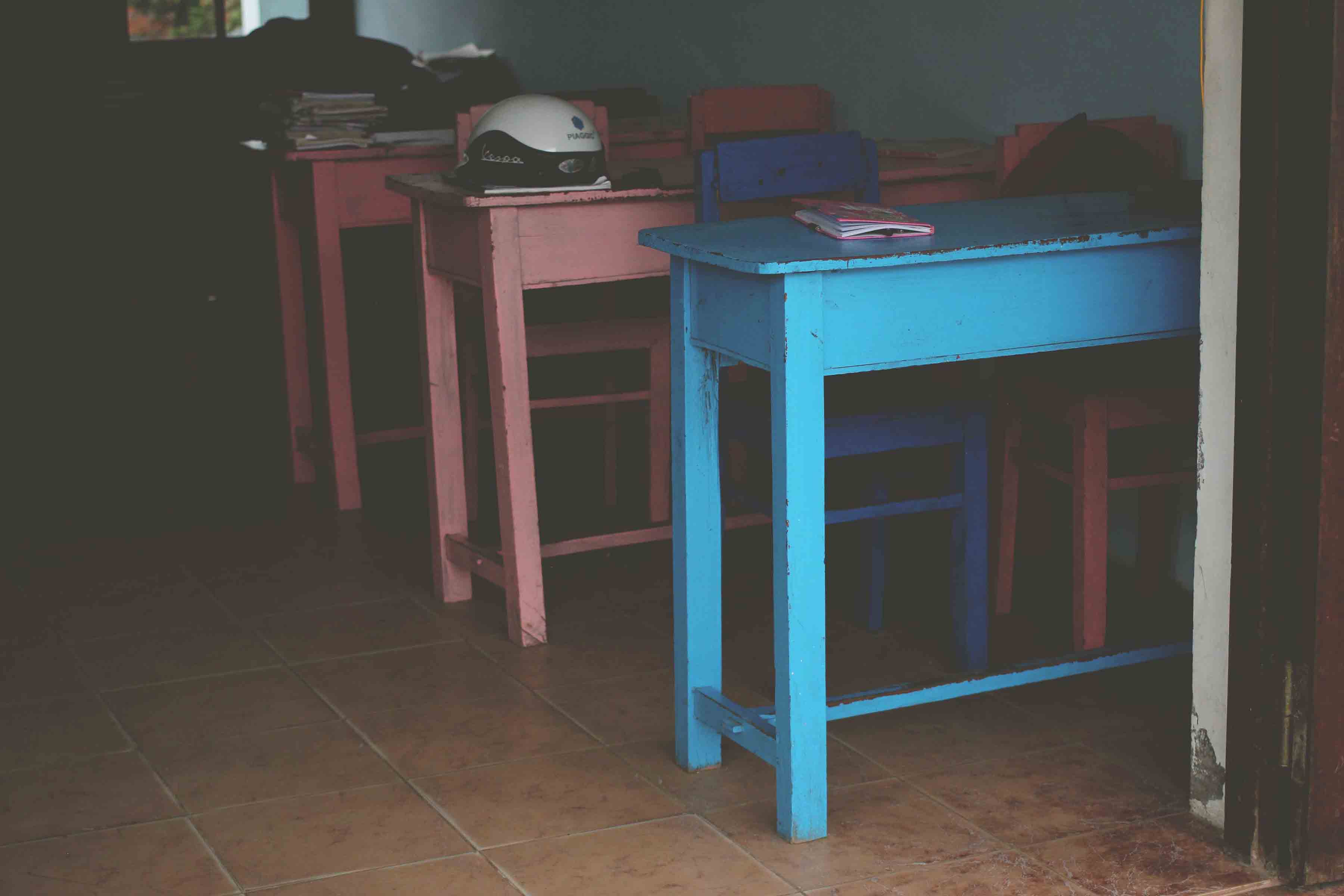 Written by Victoria Wilmarth on June 13, 2012. Posted in Blog: News, Events and Opinion. Leave a Comment

From July 22nd through the 27th,  more than 20,000 delegates from around the world will gather in Washington D.C. for the XIX International AIDS Conference. The conference is being organized by the International AIDS Society. AIDS 2012 describes itself as: “a chance to asses where we are, evaluate recent scientific developments and lessons learnt, and collectively chart a course forward.”

The AIDS epidemic remains closely intertwined with the plight of millions of orphans and vulnerable children worldwide. As an event that brings together scientists, medical professionals, policy makers, and activists, AIDS 2012 is an opportunity for the international community to collaboratively share ideas, research, and policies to support OVC affected by HIV/AIDS.

Written by matthew on May 22, 2012. Posted in Longterm Consequences of Orphanhood, Psychological Effects of Orphanhood. Leave a Comment

Title: Prevalence and predictors of HIV-related stigma among institutional- and community-based caregivers of orphans and vulnerable children living in five less-wealthy countries

The caregiver-child relationship is central to a child’s development. OAC already face stigma as a result of their orphaned or abandoned status; the addition of HIV-related stigma represents a double burden for these children. Further research on the prevalence of HIV-related acceptance and stigma among caregivers and implications of such stigma for child development will be critical as the policy community responds to the global HIV/AIDS orphan crisis.

Abstract: BACKGROUND: South Africa is predicted to have 2.3 million children orphaned by Acquired Immune Deficiency Syndrome (AIDS) by 2020 (Actuarial Society of South Africa, 2005). There is little knowledge about impacts of AIDS-related bereavement on children, to aid planning of services. This study aimed to investigate psychological consequences of AIDS orphanhood in urban township areas of Cape Town, South Africa, compared to control groups of children and adolescents orphaned by other causes, and non-orphans. METHOD: One thousand and twenty-five children and adolescents (aged 10-19) were interviewed using socio-demographic questionnaires and standardised scales for assessing depression, anxiety, post-traumatic stress, peer problems, delinquency and conduct problems. RESULTS: Controlling for socio-demographic factors such as age, gender, formal/informal dwelling and age at orphanhood, children orphaned by AIDS were more likely to report symptoms of depression, peer relationship problems, post-traumatic stress, delinquency and conduct problems than both children orphaned by other causes and non-orphaned children. Anxiety showed no differences. AIDS-orphaned children were more likely to report suicidal ideation. Compared to Western norms, AIDS-orphaned children showed higher levels of internalizing problems and delinquency, but lower levels of conduct problems. CONCLUSIONS: Children orphaned by AIDS may be a particularly vulnerable group in terms of emotional and, to a lesser extent, behavioural problems. Intervention programs are necessary to ameliorate the psychological sequelae of losing a parent to AIDS.

Abstract: Poor urban children in South Africa are exposed to multiple community traumas, but AIDS-orphaned children are at particular risk for posttraumatic stress. This study examined the hypothesis that social support may moderate the relationship between trauma exposure and posttraumatic stress for this group. Four hundred twenty-five AIDS-orphaned children were interviewed using standardized measures of psychopathology. Compared to participants with low perceived social support, those with high perceived social support demonstrated significantly lower levels of PTSD symptoms after both low and high levels of trauma exposure. This suggests that strong perception of social support from carers, school staff, and friends may lessen deleterious effects of exposure to trauma, and could be a focus of intervention efforts to improve psychological outcomes for AIDS-orphaned children.

Written by matthew on May 22, 2012. Posted in OVC and HIV/AIDS, Psychological Effects of Orphanhood. Leave a Comment

Research has established that AIDS-orphaned youth are at high risk of internalizing psychological distress. However, little is known about youth living with caregivers who are unwell with AIDS or youth simultaneously affected by AIDS-orphanhood and caregiver AIDS sickness.

1025 South African youth were interviewed in 2005 and followed up in 2009 (71% retention). Participants completed standardized measures of anxiety, depression, and posttraumatic stress. Comparison groups were youth who were AIDS-orphaned, other-orphaned, and nonorphaned, and those whose caregivers were sick with AIDS, sick with another disease, or healthy.

Longitudinal analyses showed that both AIDS-orphanhood and caregiver AIDS sickness predicted increased depression, anxiety, and posttraumatic stress symptoms over a 4-year period, independently of sociodemographic cofactors and of each other. Caregiver sickness or death by non-AIDS causes, and having a healthy or living caregiver, did not predict youth symptomatology. Youths simultaneously affected by caregiver AIDS sickness and AIDS-orphanhood showed cumulative negative effects.

Findings suggest that policy and interventions, currently focused on orphanhood, should include youth whose caregivers are unwell with AIDS.

By 2008, 12 million children in sub-Saharan Africa were orphaned by AIDS. Cross-sectional studies show psychological problems for AIDS-orphaned children, but until now no longitudinal study has explored enduring psychological effects of AIDS-orphanhood in low-income countries.

AIDS-orphaned children showed higher depression, anxiety, and post-traumatic stress disorder (PTSD) scores in both 2005 and 2009 when compared with other-orphans and non-orphans. Backward-stepping regression, controlling for baseline mental health, and sociodemographic cofactors such as age, gender, and type of bereavement, revealed that being AIDS-orphaned in 2005 was associated with depression, anxiety, and PTSD scores in 2009. This was not the case for other-orphaned or non-orphaned children. Age interacted with orphan status, such that there was a steep rise in psychological distress in the AIDS-orphaned group, but no rise with age amongst other-orphans and non-orphans.

Negative mental health outcomes amongst AIDS-orphaned children are maintained and worsen over a 4-year period. It is important that psychosocial support programmes are sustained, and focus on youth as well as young children.

Title: Effects of stigma on the mental health of adolescents orphaned by AIDS

By 2010, an estimated 18.4 million children in Sub-Saharan Africa will be orphaned by AIDS. Research in South Africa shows that AIDS orphanhood is independently associated with heightened levels of psychological problems. This study is the first to explore the mediating effects of stigma and other factors operating on a community level, on associations between AIDS orphanhood and mental health. We assessed the associations of four risk factors that can potentially be addressed at a community level (bullying, stigma, community violence, and lack of positive activities) with psychological problems and orphanhood status.

AIDS-orphaned adolescents reported higher levels of stigma and fewer positive activities than other groups. There were no reported differences on bullying or community violence. All community-level risk factors were associated with poorer psychological outcomes. Multivariate analyses controlling for age and gender showed that experience of stigma significantly mediated associations between AIDS orphanhood and poor psychological outcomes.